A story is recounted by Haji Mirza Haydar-'Ali when he was staying at a khan[2] with some believers in one of the towns of Persia. He describes how two people knocked on his door at night out of curiosity to find out about the beliefs of the Bahá’ís. After some hours of talking, one of them accepted the Faith. This is the story as he writes it:

One of them embraced the Faith. The other one who was staying in the same khan took the Kitáb-i-Íqán to his room so that he might learn about the Cause. He told me the story himself in these words:

'In the evening I sat down and began to read. After a while I was overtaken by fear in case someone would walk in and find out that this was the book of the Bábís, [in the early days of the Faith people confused the two religions] then my life and all my possessions would be gone with the wind. So I locked the door and continued to read the book. Then I thought that as it was early in the evening, if someone came and found that I had locked the room so early he would think that since you people were in the khan, the reason for my locking the door was that I was reading the book of the Bábís. At this time I decided to go to bed and sleep. Then I began to think that if anyone discovered that I had gone to bed so early, he would become certain that the Bábís had left their book with me and therefore I had gone to bed early that I might arise later at night and read it peacefully. To be concise, at last I took the book into the stable and placed it in the manger. I returned to my room and began to meditate, wondering how I could read this book after all...'

At this point, he decided to read the Qur'án and pray. He continued: 'In a state of helplessness, humility and self-effacement I turned my heart to God, the Knower, the Merciful. I begged him to show me the way to salvation and confer upon me the water of life. Suddenly it flashed across my mind that I was distressed, alarmed, and trembling with fear merely because I was trying to read or keep this book. How fearless and stout-hearted must have been its Author, from Whose heart, tongue and pen this book had come into being. To produce it was a miracle. How potent is His influence that He has filled the hearts of many people with such courage and strength as to welcome martyrdom.'

Haji Mirza Haydar-'Ali goes on to describe how this man embraced the Faith and acquired such courage that whenever he had time during his business hours he used to make copies of the Kitáb-i-Íqán in public and teach the people openly. 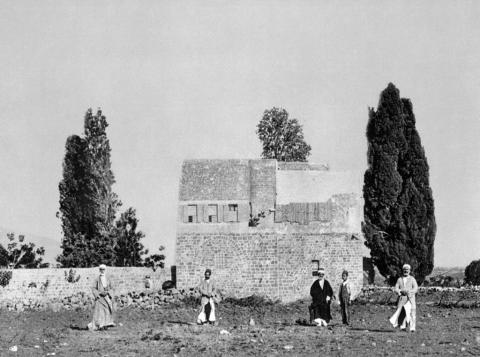