In Islamic communities music had been condemned by the clergy because they considered it to be conducive to pleasure and leading man to lust. In Persia, during the early days of the Faith, musicians were denounced by religious leaders as agents of Satan. The stigma attached to music was so distasteful that musicians had to hide their instruments in public. At weddings, for instance, people had to observe some religious rites in the presence of the clergy. But it was a well-known secret that the musicians were waiting in another room and when the Mulla's performance was finished and he had left, they came out to play their instruments and make merry. The following story serves to illustrate the severity with which the clergy dealt with anyone who indulged in this art. In the bazaars in Persia there are shops selling kebab. The meat was placed on a wooden board and had to be chopped and then minced with a very large and heavy chopping knife which usually had to be held by its two ends. When the chopping knife hit the meat on the board, it made a loud noise. In a busy shop at least one man would be engaged from morning till night doing this work. There was a man in the city of Yazd who was working in this capacity in such a shop, but he was a merry man at heart and loved music, so as he hit the board he cleverly used to produce a rhythm. Though not more than a mere thumping sound, it was attractive to the ear. This, combined with the rhythmic movement of his body, made an interesting spectacle for the passer-by. For some time there was controversy over this man and his way of mincing the meat! Eventually, one of the mujtahids [doctors of Islamic law] of Yazd decided to put an end to this sacrilegious act! The poor man was summoned and warned that he would be severely punished if he continued this practice. Within such a society, Bahá’u’lláh declares in the Kitáb-i-Aqdas that music is a means by which the spirit of man may experience upliftment and joy. 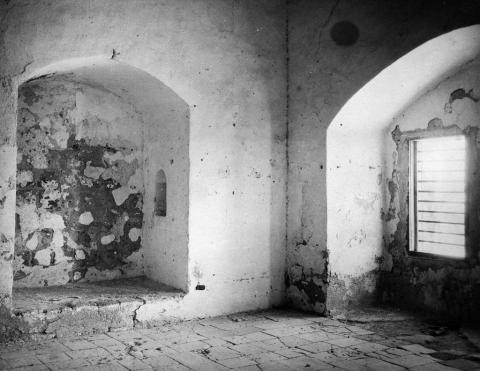