This is my letter to the editor which was published in the McMinnville, Oregon News-Register on Saturday, March 10, 2012:

At the 6th Annual McMinnville Community Choir Celebration, Wednesday, March 7 at the Community Center, the Memorial Elementary Honor Choir sang “Follow The Drinking Gourd.” It is an old folk song from the days of the Underground Railroad. The drinking gourd is the Big Dipper, which points north to the North Star, the direction the escaping slaves were trying/hoping to go to so that they could get free.

Hearing the children sing that song brought back memories of an Underground Railroad story which an elderly woman shared with family and friends, including my wife and me, in Springfield, Massachusetts in the late 1960’s:

“The people had gotten as far north as Maryland. One night they were hiding in a barn on the edge of a swamp, and a group of men rode up on their horses and yelled for them all to come out that barn. Nobody in there made a sound, not even the babies. The men yelled again and said they would burn down the barn if the people didn’t come out. And still there wasn’t one sound from inside. Finally those men did set it on fire.

“The men were in front of the barn and on both sides of it, but they weren’t watching the swamp out back, and somehow all those people in there jumped down out of the hayloft and got away into the swamp.

“The people went all the way to Canada. Then, years later, some of them came back down to Plymouth, Massachusetts. My father was the first black person to graduate from the Plymouth High School. I was the third, and the first woman.”

The newspaper published my entire letter, above.

The woman who told us her story was Zylpha Gray, who was probably in her 80’s. Jane and I had recently moved to Springfield, where we met Zylpha. Here is the rest of her story which she told us:

“When I was a child, growing up in Plymouth, my parents sent me to four different Sunday Schools. Each claimed it was the only one that was right and was the only way to get to Heaven, and that the others were wrong. This puzzled me, and one day I asked my father about it.

‘Father,’ I said, ‘why did God make so many people if He’s going to send them all to Hell?’”

“Well, time went by, I graduated from high school, and got married, and one day a friend said to me, ‘Zylpha, there’s a meeting tonight up in Cambridge that I think you would be interested in.’ So I made a big pot of stew and left it on the stove with a note for my husband saying that I would be back late, and she and I went up to Cambridge.

“That night at the meeting the speaker explained that the religion of God was like a great tree, and His Prophets were like the branches of the tree, come to give shade to all the people of the earth. One branch here for the Africans, one here for the Americans” Zylpha leaned forward and her hands reached out to various areas of the table as she illustrated different branches in different parts of the world.

“So you see, all the people of the world are under the shade of that tree.”

Then she sat back and looked into our eyes, and said, “And that night, at last,

I knew that the question I had asked my father many years before had finally been answered.”

We all sat in silence, thinking and letting ourselves feel what we had heard. After a while, the world gradually came back to us. And then her daughter, Zylpha Mapp, went out into the kitchen and turned on the water for the tea.

Jane and I heard her tell this story several times at firesides in Springfield where we lived 1965-72. I am so glad I wrote it down. It is one of my best memories. Her loving spirit helped me become a Bahá’í back there/then. 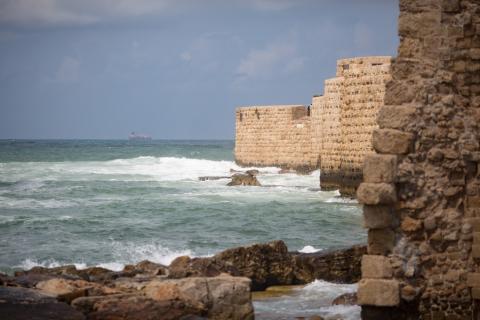